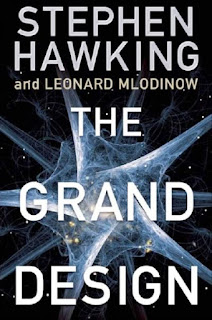 "The Grand Design" examines the history of scientific knowledge about the universe. It starts with the Ionian Greeks, who claimed that nature works by laws, and not by the will of the gods. It later presents the work of Nicolaus Copernicus, who advocated the concept that the Earth is not located in the center of the universe.

Stephen Hawking describe the theory of quantum mechanics using, as an example, the probable movement of an electron around a room. The presentation has been described as easy to understand by some reviewers, but also as sometimes "impenetrable," by others. The Book concludes with the statement that only some universes of the multiple universes/multiverse support life forms.

More about me & daily dose

The Real Meaning of Adventure

What is adventure? Some people believe that adventure is not just that extreme and dangerous experience that one could find existing. On the contrary, they believe that it is an attitude that helps us face the obstacles present in our daily routine. For example, the challenges we have to deal with, the new and different options that life offers, the unknown that is at all time waiting for us, represent an adventure in itself. And it is in this adventure that the human beings discover themselves.

The word adventure has different meanings for different people. Generally, adventure implies thrill and excitement, risks and dangers, and the unexpected and extraordinary experiences. The adventurous people are always on the look out for things that will evoke new feelings and sensations. This is the definition of adventure commonly accepted. However, there are others for whom adventure means much more than this. They associate adventure with a certain bent of mind that helps them enjoy life to the fullest, by accepting it as it unfolds before them. They see opportunities in difficulties and treat hurdles as stepping-stones. They accept everything knowing very well that there is nothing without its pluses and minuses.

Therefore, life is seen as an adventure in itself. It is the manner in which you decide to view and live your own life. And the approach you have to life will certainly affect the way you experience this mysterious journey which we are part of. Some people believe that traveling, sightseeing or hanging on a rope is what an adventure stands for. But the problem may be that they are not experiencing their life as an exploration and their boring life leads them to lookfor excitement outside themselves.

This hidden and deeper meaning of adventure can only be understood by changing one's point of view towards life. This will not only enable you to identify the raison d'etre of your life, but will also help you recognize your strengths and weaknesses, and accept yourself as a person. However, one needs to realize that one just doesn't stumble upon adventures just like that. It is only through discovering our own strengths that we can uncover these adventures, and derive wisdom from them. As human beings, we are posed in the world in such a manner that we are compulsive adventurers. And, being so, we are capable of shaping our own lives and destinies, through a positive and constructive approach.

Life is a rare opportunity. With a little faith we can change the very meaning of life. Hurdles and obstacles can be used as openings and opportunities to discover the extent of our strength and courage. The secret lies in living life as an ever-new, ever-fresh adventure and being open to accepting whatever comes our way.

Quote of the Day